SINGAPORE - Soy products do not increase the risk of gout, and people who already have the condition can eat them, a new local study has found.. Read more at straitstimes.com.
www.straitstimes.com|By KASH CHEONG

Food and beverages, and their relationship to Gout, is always of immense interest and concern to patients. Short of conducting an experiment randomly assigning large numbers of Gout patients (matched for confounding variables) consume either high soy or meat diet (fixed amounts, calories-equivalent, single source, for several months), and comparing the number of flares in each group, we'll never really know the truth about soy and Gout.
So, much as I am skeptical of epidemiol...ogical studies and multiple regression analysis, there's really no other better way of knowing. Selection bias is unavoidable as long as patients exercise their free will to choose their lifestyle. We have to account for confounding factors with the most appropriate statistical methods in spite of their various limitations. And if multiple studies from various parts of the world show the same association, then more likely than not the association is true, and we have to postulate possible explanations for the association, and do experiments to test them.
That's real and honest science.

The Japanese did do an experiment. Soy did increase serum uric acid, but by an insignificant amount, which certainly not result in a gouty attack.
So it's probably safer for Gout patients to drive their protein source from soy rather than meat. But if soy causes a flare everytime you eat it, then stay clear.

Does Coffee Help or Hurt Gout?

Nearly two-thirds of Americans start their day with a cup or more of coffee. Besides its wake-up java jolt effect, coffee could be good for your health. Studies have linked regular coffee consumption with a lower risk for heart disease, some types…

Causal relationship not yet established, but is plausible
www.medpagetoday.com

Another multivariate analysis demonstrating an association between gout crystals deposition seen on ultrasound, and coronary calcifications. Despite cohort selection bias, small sample size, and adjustments for known confounding factors, the association was "statistically significant". But is it clinically significant and relevant?
Maybe. Since coronary calcification is associated with coronary event, and hyperuricaemia is associated with gout crystal deposition, maybe treating asymptomatic hyperuricaemia can prevent heart attacks? This would be a premature recommendation to make based on this study.

Mechanisms of crystal formation in gout: a structural approach

Sleep Apnea Is Tied to Gout 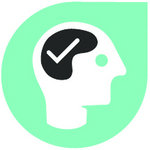 People with sleep apnea were 50 percent more likely to have had a gout attack than those without the disease, independent of sex, age or obesity.
mobile.nytimes.com|By Nicholas Bakalar

The conclusion that treating Sleep Apnoea would cure Gout, assuming that the association is a causal relationship, is misguided.
To postulate that hypoxaemia leads to massive cell death, and hyperuricaemia in turn, is laughable. The brain, being the most obligate aerobic tissue, must be pretty mushy by then!